You are here: Home / Archives for LGBT

In her biographical debut, Once Upon a Time There was a Lost, Gay Little Boy, Jo Gabriel warns us that this writer is vulnerable, open to attack, and easily smeared repeatedly. She has written this story from everywhere, but maybe in your world, nowhere. The story begins with a chaotic childhood, followed by an unhappy home-life with husbands she believes taught her hard lessons. Eventually escaping to a new country, Gabriel’s captivating biography confirms she’s far more invincible, not a heroine or a hero, but a sympathetic figure.

Jo was born into a bi-racial family in Europe to an American white man, who stayed there after military duty, and a Spanish woman born in Spain. She demonstrates early her misfit position in that family by not following the footsteps of her taller and prettier sister. She overcomes a horrific childhood of abuse at both the hands of her father and her mother as neither tries to protect her from the other, or from other family members.

Living abroad for many of us would be exciting, but for one who has memories of abuse, assault and cruelty on several levels, it’s far from it. And that is the gist of this story.

Despite her rising above adversity, she’s self-destructive. She moves many times during her younger life due to her father’s decisions, drugs and prostitution, and life on the street. Her relationships are uneasy with her peers in her early years, but she perseveres and begins to find herself. Educating herself as a tool to make her life better.

In her story telling, Jo in no way romanticizes her life. There is no moral redemption in her transformation to a ‘religious person,’ a wife or a mother. She has a lot of trauma to work through that amplified her initial suffering at the hands of her parents. She begins to conceal her desires for same-sex relationships, and more importantly, to be a boy, while moving forward in life as a wife and mother.

Jo has much psychological torment from her past, but even more with her self-identity in the present moment. Her career paths and her drive for an education establish her as a full-fledged success in her field of choice, education.

Several intimate partnerships are revealed to give the reader insight into her life beyond her work as a dedicated, hardworking professional. Jo’s life continues to be replete with episodes of abuse and misbehavior almost to the point of frustrating the reader, yet being so necessary to tell the story.

Haunted by her past, her mistakes and failures, she leaves Spain with her four children and vows to never return. Her words mirror her shrewd cynicism about relationships and family. She spells tragedy on the page as a catharsis, not to entertain us. It’s a raw account of a life, not necessarily optimistic, but certainly realistic. She takes the plunge to move to the United States, and leave her heartache and homeland behind in a quest to find who she is and what she will become.

This author is an inspiration to victims. This biography does not suffer with its structure of vignettes and honest presentation. The reader will learn about an unfamiliar life.

Jo has many stories to tell that rumble around in her head, but life with four children and a heart that says, “I’m living in somebody else’s body” make that complicated. She takes the plunge with love and experiments after two failed marriages. The virgin love relationship she seeks is with a lesbian. Her hope is to feel free at last and truly discover who she is, but it’s not that easy.

She tries a change of scenery with various moves, from the energy of a bustling city to the countryside, but still feels unsatisfied within herself. She tries to take advantage of her free time, as her children get older and she matures, to pick the perfect wife for her. The change of scenery often provides a new perspective for a while, but it’s not the answer. She still feels a need to escape the life most women know. Even though she loves motherhood and works hard to be there for her children, she’s out of touch.

Feeling overwhelmed and lonely, after many years with husbands who were abusive or not right for her, she looks at her sexuality from another angle, that of a boy not a girl. Although she had no specific plan, she began researching sex change and all it entailed. She was directed by a medical professional on where to go and what to do. She found many road blocks, including her own physical and mental conditi 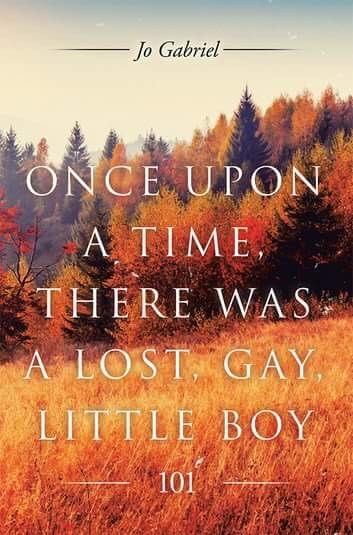 Having always been frugal, especially after living in the street, she began to plan financially how to handle transformation and how that would take place. She always believed being frugal was a way to her longevity, her survival, often living below her means. She had a good hard-earned education, and worked diligently to maintain her professional career that had not come easily.

Her ‘good’ life did not happen overnight. Though she had known career success, and had been a good provider for her children, she emphasizes the trial and error involved in getting there. The sacrifice, the disappointments. Her life had not been easy, in fact it was quite difficult. This transformation process was going to be extremely difficult with a lot of new challenges, but it was what she desperately wanted.

She became conscientious of the life as a trans-person, feeling an obligation to learn as much as she could about what her new life would entail. She vowed to be sensitive to those who came before her. She attempted to forge some connections in the trans-gender world while still maintaining an on again-off again relationship with a lesbian. She didn’t seek much advice from others who had been in her shoes, and thus she fell into some harrowing situations.

With surviving child abuse by a relative in her early life, an eating disorder for decades, and being abused by her husband, Jo developed her own ways to counteract the abuse in her lesbian relationship that was also an isolated life. She too often saw her life as normal even though the underpinning of normalcy and routine were far from the door.

As you read this courageous portrayal of a fragile child maturing too quickly, you ask yourself what stops people from taking a suicidal leap in these situations. Or what stops them from quitting on everyone they know or from giving up and going to the streets to hide? We know you can rarely go back, undo, rework, and that we must progress and grow, mature and find answers. This book shows us that fortitude.

BROOKS GOLDMANN PUBLISHING COMPANY, LLC the author’s partner The author’s answer to guidance and consultation in an independent publishing partnership…… Consultation, Production, Publishing expertise at your disposal in a win/win relationship to meet your needs on your timeline…… BASIC CONSULTATION Being there for you! THE FOLLOWING INTRODUCTORY CONSULTATION SERVICES CAN BE AVAILABLE to … END_OF_DOCUMENT_TOKEN_TO_BE_REPLACED