You are here: Home / Archives for poland

Marcia Fine likes to show-off her charming wit and skill at satire in her books about Scottsdale, but her narrative fiction based on her grandmother’s immigration to the United States prior to WWII is in my opinion her life’s work.

The book is about a young aristocratic Jewish woman growing up in Poland in the early 20th century in a sheltered and refined environment.
She lives within the walls of Jewish aristocrats in Warsaw oblivious to
the ominous changes going on in Warsaw with the beginnings of the Nazi invasion.  The story continues its eventful trek with second and third generations.

Grandmother Paulina’s “matchmaker” marriage is one we all think we know from the little knowledge we gentiles have of Jewry.  The story of the grandmother and the man of “her match” intersect through her father’s successful business.  Although neatly arranged, the story winds
around years of an organized attempt on Paulina’s part to not go to America
with her new husband.

The bond of the Jewish family is beautifully illustrated, showing us both love and loss throughout the book.

Even when the gypsies predict she will marry an older man and go to America she questions why she would want to make the journey.  But the day finally comes when immigration is eminent and the story moves to New York – not through Ellis Island but by cruise ship known only to the European aristocracy.

At 250 pages her novel is broken up into three books.  First, is the Grandmother Paulina’s story, the aristocrat who learns the hard facts of Jewish life.  Second, is the mother, Rachel, the rebellious
one who takes her own path to learn about her family heritage that she later comes to appreciate.  And third is Mimi’s story that gives us the Jewish girl raised by two women caught in the middle of the old and new worlds of Jewry.

Being Jewish in America can be cultural or religious or both.  Fine keeps
us fascinated with how old world religion can dissipate as the immigrant becomes more Americanized. It was exciting reading to learn how this happens and why it can happen.

Fine’s research into her culture, as well as her religioin and the Hebrew language, is a gift to the reader.  She visited not only New York and Miami, but Warsaw, Poland where it all began.

Letters written on onion skin that belonged to her grandmother are beautifully constructed into the crux of the story.  They’re from her great-grandparents
who wrote them in Polish and Yiddish in a loving and naive way as they
witnessed the Nazi takeover.  Fine found the perfect person to translate the letters. They add much to the authenticity of the story.

Fine’s book is good enough to inspire a movie or a Lifetime TV show.  Her
attention to detail is incredible and her use of dialogue and storytelling hit
the mark for this reader.  She could easily weave the three women’s stories together even more and make a documentary about Jewish aristocracy that so many Americans may not know existed prior to WWII.

There are many visuals of the horrors of war and the beauty of wealth in this family’s dynamics portrayed in the book. They could be readily transferred to the big or small screen because of Fine’s quality descriptions of the characters, events and scenery of the time.

The title becomes clear as we learn of her letters and the importance of their communication to the story.  Beautifully written by the great-great
grandparents back in the old country of Poland, and later analyzed by Fine, they’re a cornerstone to the story and differentiate it from the others out there today.

There’s no e-book, this book exists as a solid object; the physical turning of the pages reflect the passing of time, the generations living through decades of their lives. The weight of the book and the paper in your hands is a critical part of the understanding of the strength of the story that needed to be told properly and correctly.

Fine has captured her history and the cultural and religious aspects of her heritage and should be commended even further for her efforts. 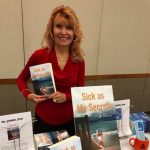 BROOKS GOLDMANN PUBLISHING COMPANY, LLC the author’s partner The author’s answer to guidance and consultation in an independent publishing partnership…… Consultation, Production, Publishing expertise at your disposal in a win/win relationship to meet your needs on your timeline…… BASIC CONSULTATION Being there for you! THE FOLLOWING INTRODUCTORY CONSULTATION SERVICES CAN BE AVAILABLE to … END_OF_DOCUMENT_TOKEN_TO_BE_REPLACED 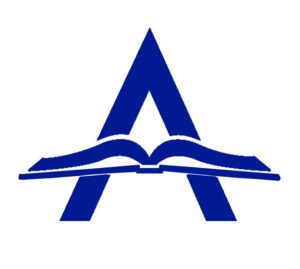