You are here: Home / Archives for Faith 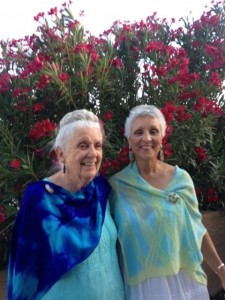 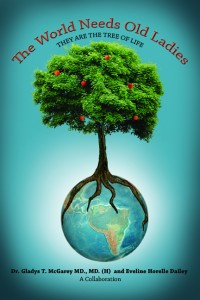 WHY:   The Scottsdale Society of Women Writers gives members access to events of interest, a format for exchanging ideas, an opportunity to network with other women writers and authors, an alliance with businesses relating to writing, publishing, camaraderie and support.

Speaker #1:  Gladys Taylor McGarey, M.D., M.D. (H)  Born in India Dr. Gladys Taylor McGarey is known as the Mother of Holistic Medicine.  Retired from active family practice of over sixty years, she is internationally known for her pioneering work in holistic medicine, natural birthing and the physician-patient partnership.  She and The Foundation for Living Medicine are actively involved in healthcare reforms.  Dr. Gladys, as she is fondly called has authored many books, articles and other healthcare papers.

Speaker #2:  Eveline Horelle Dailey   Born and educated overseas by various tutors, Eveline gave up interior design and drafting boards for a pen.  Published and read nationally and also internationally, Eveline writes to inspire.  Not afraid to cross the literary bridge at the center of her mind, her communicable prose is written passionately and does not escape her French heritage.  She is inspired by nature, people and the colors she sees give birth to the distinct complexion of her writing style.

She paints when a canvas demands it, weaves when the swaying of the loom wishes to dance.  She is a public speaker, philanthropist, and recipient of multiple awards.

See notes below for dinner fees, meeting format and location directions.  Thank you.

MENU:  A light dinner – salad or sandwich and soup, dessert, beverage and roll with tax and gratuity included – make your choice the night of the meeting.

CHECKS or cash:  Please make check payable to Scottsdale Society of Women Writers (SSWW) prior to coming to the meeting to save time at the check-in table.  Thank you for the help.

CHECK-IN:  Please check-in between 5:00 and 5:45.  The meeting starts promptly at 6:00.  All those attending the meeting must pay for the dinner/room/speaker – cost noted above.  Pick up your name badge at the front table and ENJOY a wonderful night!

AGENDA:  The agendas will be on the dinner table – always a lot of good INFO for you.

DIRECTIONS: Chaparral Suites is in Scottsdale at Chaparral Rd just north of Old Town.  Chaparral Rd has a light.  Parking is in the rear – two large parking lots.

Note: best to enter from the middle elevator for the 4th Floor Grille – not from the main entrance.

From the 101 freeway exit Chaparral Rd and go west.  Just prior to Scottsdale Rd enter the side drive at 4th Floor Grille – take that elevator.  Note awning marked 4th Floor Grille on the Chaparral side.  This is the easiest way in – again, not through the main lobby.  Welcome!

Goals of the Group

The Slumber Party from Hell, the book Sue Ellen Allen published in 2011, seems like an intimate chat with an old chum.  It’s a book that is more like an overheard
conversation.  You feel you’re intruding but you can’t stop listening.

In this well written work, The Slumber Party from Hell puts the spotlight on the Arizona prison system that is penalizing, but not rehabilitating its inmates.

Allen says it took her seven years in prison to realize the Arizona prisons are part of the problem as they focus narrowly on penalizing and punishing our prison population.  She believes her life has changed completely from this experience of dealing with breast cancer as a prisoner, as well as the unnecessary death of her friend and roommate Gina to cancer while she too was in prison.

Allen knew it was the end of the world as she had known it once she stepped in to that life and she was determined to make the best of it.

Allen puts some of her self-made power to work by being a leader and role model while behind bars by volunteering her expertise and ideas learned on the outside as a professional woman and community leader.  She helps many of the younger women who are struggling develop themselves within the confines of an unfair and unjust prison system.

She also attempts to shrink the negative impact of prison for herself and her fellow inmates by starting programs positive in nature.  This is no easy feat because most of the rules are unrealistic and frustrating at best.

Although often her writing leaves you wishing things were not as she describes them, you find joy and humor in the small things she celebrates during those seven years of incarceration.

You are able to decipher what is really going on in some of the chaos and craziness to make a little sense of the journey, but in most areas to no avail.  It is what it is and the few gems in the story are Sue Ellen herself, along with a couple of her friends – inside and out.

This is a story of a few founders of the truth in a world where innocence and beauty do not exist.  Some readers will be engaged by Allen’s fierce convictions and continuous mentions of hope and gratitude for the lessons she is learning and the person she is becoming.

Others will be turned off by the blatant honesty of life in the Arizona prison system and the horrors she witnessed.  But throughout it all, you will find humor and humanness to admire just as I did.  You will find respect for her in your own way and you will surely be grateful for your life just the way it is today.

with Barnes and Noble Booksellers

WHERE: Barnes and Noble Booksellers

The Slumber Party from Hell

Who Made My Bed?

What would you do if you suddenly found yourself in prison with advanced breast cancer at 57? How would you cope? It happened to Sue Ellen
Allen. This former University of Texas grad, former educator, former business owner, former community leader, former inmate at Arizona State Prison is a .current activist who found her purpose in prison. She is co-founder and Executive Director for GINA’s Team, an organization that brings educational
programs into prison to inspire and empower the inmate population to strive for a better future and a successful reentry. GINA’s Team is named for her prison roommate who died there of medical neglect. Gina’s death was the defining moment of Sue Ellen’s journey, giving her life a new purpose and passion. Her motto is Been there. Done that.

Now how can I help?

In prison, under harsh conditions, she survived breast cancer and learned to turn her pain into power. Despite incredible odds, she found her purpose. Now she works with prison officials, legislators, and interns from Arizona State  University to serve the forgotten population behind bars so that upon their re-entry to society, they will join our community as positive, contributing members. The author of The Slumber Party from Hell, a memoir about her prison journey, Sue Ellen was awarded the Dawson Prize in Memoir
in the 2009 Prison Writing Contest for PEN American  Center. Her writing was
also included in Serving Productive Time by Tom & Laura Lagana,
authors of Chicken Soup for the Prisoner’s Soul. Additionally, many of her poems have been published in Cosmopolitan magazine.  An inspirational speaker, Sue Ellen has a unique story and powerful message.

Who Made My Bed? is the story of Samuel  Bronstien and his family, and the United States Bedding Co., better known as King Koil.  Personal anecdotes and national and world history parallel the company’s growth from its founding in l898 to the time it became an international corporation.  The authors discovered old documents that revealed the real name of the founder who was able to leave Russia at a time when Jews were being slaughtered.  They also discovered that Samuel had a younger brother, a rebel rabbi who apparently was the black sheep of the family because no one in the family had heard of him.

Dee Horwitz has enjoyed a long career as a writer. She has been a columnist, reporter and editor for various publications, including the South Bend Tribune and Chicago Sun Times. Although retired, she still writes for bridge publications and recently wrote Who Made My Bed?
and her memoir, Finishing Strong.

Dawn Marie Roeder, a member of the AZ Authors Association, The Catholic Writer’s Guild and Scottsdale Society of Women Writers.  She is a first-time author of the book It Doesn’t End Here: An Amazing Journey of Faith and Forgiveness, an incredible true story of faith, persistence and love. Her story has aired on CBS’s 48 Hours, local and national news outlets, including the front cover story of The East Valley Tribune and Jane Magazine. Dawn Marie lives in Scottsdale, AZ and cherishes a full life with her husband
Robert and her Maltese, Misty.

Book info: It Doesn’t End Here: An Amazing Journey of Faith and Forgiveness  The unimaginable events that led to her son Nathaniel’s death could have broken her. Instead, Dawn Marie Roeder embarked on
a journey to help others avoid tragedy by warning them of the unusual side
effects of her ADHD medication. This story resonates with passion and faith and gives us comfort and hope that our own seemingly senseless tragedies can also be transformed with God’s love and forgiveness.

BROOKS GOLDMANN PUBLISHING COMPANY, LLC the author’s partner The author’s answer to guidance and consultation in an independent publishing partnership…… Consultation, Production, Publishing expertise at your disposal in a win/win relationship to meet your needs on your timeline…… BASIC CONSULTATION Being there for you! THE FOLLOWING INTRODUCTORY CONSULTATION SERVICES CAN BE AVAILABLE to … END_OF_DOCUMENT_TOKEN_TO_BE_REPLACED